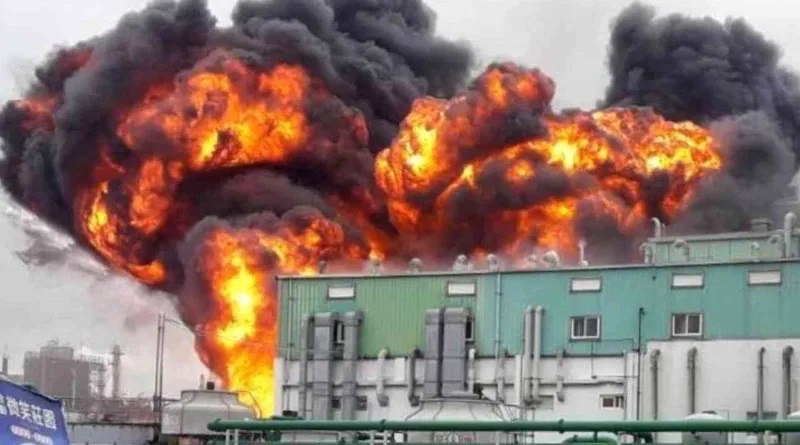 One of the biggest scandals of the COVID Plandemic is the needless deaths of hundreds of thousands of people who died needlessly because the FDA refused to issue off-label emergency use for hydroxychloroquine (HCQ), a safe drug whose patent ran out years ago, and that thousands of doctors around the world have used effectively, often with a 100% success rate, in treating COVID patients.

We have an entire page in our COVID Information Center covering this scandal.

News sources in Taiwan (thanks to Dr. Meryl Nass for breaking this story here in the U.S.) are reporting that the world’s second largest supplier of raw materials to make HCQ blew up earlier this week, which will most certainly put a strain on the world’s supply of HCQ.

An explosion at a pharmaceutical factory in Taoyuan City left two injured and caused a fire early this afternoon, December 20. People as far as Tamsui District in New Taipei City reported hearing the massive blast shortly after noon. Immediately after the blast, thick black smoke could be seen pouring out of the SCI Pharmtech factory. While the factory is located close to Taipei Taoyuan International Airport, operations at the airport were not affected, according to reports in United Daily News and ET Today. The Taoyuan City Fire Department dispatched 76 personnel, 28 fire appliances and 2 ambulances to the scene of the fire. The cause of the explosion is currently under investigation. Liberty Times reported that the factory produces hydroxychloroquine APIs, and is the world’s second largest HCQ raw material supplier. (Source.)

Tensions are currently running very high between Taiwan and China, and another news outlet reported:

Around 76 personnel, 28 fire equipment pieces and 2 ambulances were deployed to the area. The workers injured includes a Philippine worker. Both were taken to Chang Gung Memorial Hospital. The 30-year old Philippine worker is in critical condition after suffering third-degree burns to 90% of his body. He is currently intubated and treated at the specialist burn unit. The other worker, a Taiwanese, suffered a burn to one hand. He was held at the hospital for observation, but was than released after eight hours. An investigation has been launched to determine the cause of the massive explosion. It has been reported by Liberty Times, that the pharmaceutical company produces hydroxychloroquine APIs. The company is considered to be the second largest hydroxychloroquine raw material supplier in the World. On the same day a Chinese aircraft carrier and four other navy warships passed through Taiwan strait in the direction of the South China Sea.

Was this sabotage to reduce competition for the new experimental COVID vaccines and drugs?

“Is the 100% cure rate of Hydroxychloroquine a threat to fast tracking The Covid vaccines?” 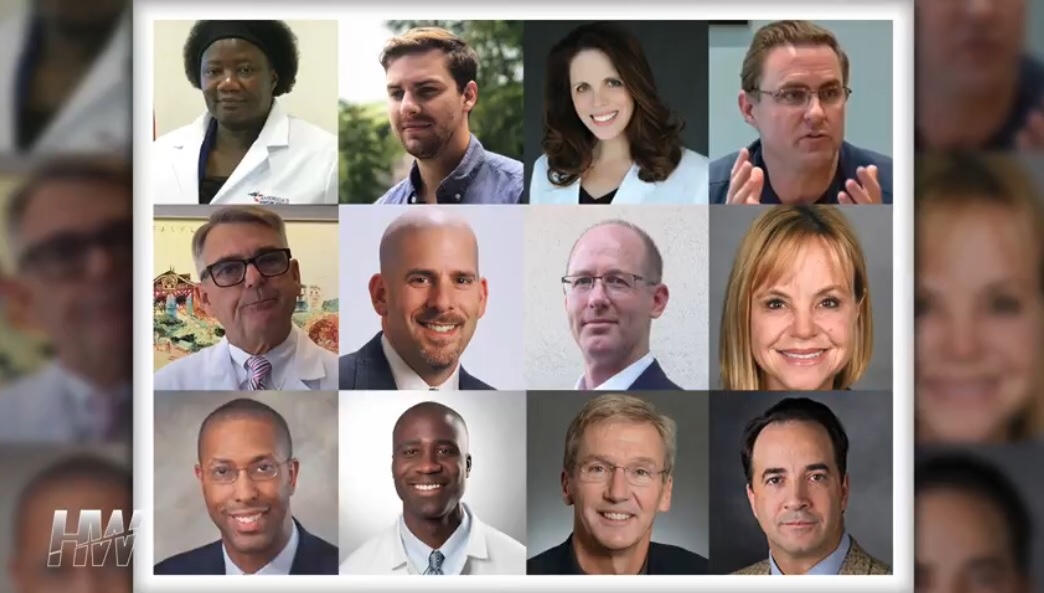 Some of the doctors who are successfully curing COVID patients with Hydroxychloroquine that the Globalists are trying to silence. Why?

Medical journalist Del Bigtree of the weekly broadcast Highwire discussed on his show this week what he believes may be the primary reason why Fauci and the other political medical tyrants are so desperately trying to censor the positive results of Hydroxychloroquine (HCQ), a drug that has been around for over 65 years and is already FDA approved.

The reason is probably because they want to force a COVID vaccine upon the public, and to do so, they need to fast-track the development of these vaccines, and then the FDA has to issue a an Emergency Use Authorization (EUA) to approve it.

According to the “Qualifying Criteria” that allows the FDA to issue an EUA, there must be “No adequate, approved, and available alternative.”

HCQ is an “adequate, approved, and available” alternative, which should then disqualify any EUAs issued for a vaccine to treat COVID.

The problem, of course, is that the Trump Administration has already given over $8 BILLION to Big Pharma to develop the vaccine in “Project Warp Speed,” fast-tracking the vaccines development.

In fact, this has already happened with Gilead’s anti-viral drug Remdesivir, which was fast-tracked as a treatment for COVID and then issued an EUA. See:

Was a False Hydroxychloroquine Narrative Created to Destroy the Competition for Gilead’s Remdesivir?

While the cost for the older HCQ medication is only about $20, Remdesivir’s cost is about $3200.00. And there is such a demand for it now, being the only “approved” medication for COVID, that other pharmaceutical companies are now stepping forward and offering to make it available as well, as Attorney Generals in 34 states this week sent a letter to the Federal Government requesting they “sidestep” Gilead’s patent. (Source.)

These mass murderers who call themselves “doctors” and claim absolute authority on medical issues do not treat patients themselves, but they control the FDA, the CDC, the NIH, and pretty much the entire Government.

They don’t value human life, and only want control so they can usher in their New World Order, and if a fast-tracked COVID vaccine ends up injuring and killing more people than COVID, it fits in perfectly with their plans for their New World Order and a One World Government as they seek to reduce the world’s population of those they deem “non-essential.”

Watch the entire segment with Del Bigtree (who has now been banned from YouTube.) The Highwire Bitchute Video Channel is here.