The Feast of the Epiphany of the Lord 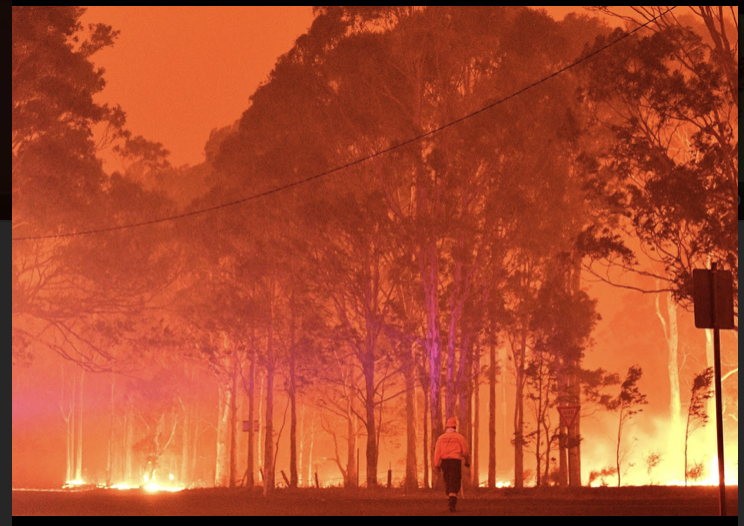 Pope Benedict’s time is drawing to an end, very shortly – My White Rock, there is a Mystery that surrounds your Papacy which will be unlocked soon – Francis will show the world that all must follow the Antichrist – The Three Wise Kings have bestowed Three Great Gifts to the Church – More fires are coming to warn people of Australia to change the Law that destroys children that are and will be aborted – Japan is in deep darkness – USA, Plans are in the making to remove your President; they will send an assassin.

WILLIAM: Jesus is as a grown man, all Majestically dressed in white and He wears three strips of coloured cloth hanging from His Shoulders; there are red, yellow and gold cloths – and at the bottom of them, they are intertwined – and combining them, is a beautiful Wooden Cross. The Three Wise Men are standing behind Our Lord and there are three people kneeling before Our Lord and I am in front of them, kneeling before Jesus. I am dressed in white and the three coloured cloths coming from Our Lord are placed on me.

OUR LORD: “I greet you, My pure white Shepherd, the one whom I have chosen and the last who will govern My sheep, which at this time, are scattered throughout the world, but it is My Divine Will that they will be governed by a soul whom I have chosen for the End Times, namely you, My precious son of the Most High God and Father, Little Abraham, Peter the Last, whom has been commissioned to lead the flock, to prepare mankind for My Holy Second Coming which is not so far away.”

“Pope Benedict’s time is drawing to an end very shortly, so keep your eyes and ears open to the events that are to take place very soon.”

“My beloved little White Rock, there is a Mystery that surrounds your Papacy which will be unlocked very soon, My child, for Satan will rule most of the earth very soon, when his strong believer, the Antichrist, makes himself known to mankind. He will sway many to follow him, bringing great darkness in the world for the Anti-Pope, Francis will show the world that all must follow the Antichrist, as he is Christ returned in the flesh for the world to behold. Therefore, you then have the Unholy Trinity being presented to the world.”

“Be at peace, My dear children, for you know that I will not present Myself as Man stepping on the Earth, as I will come in Great Glory from the Heavens with My Holy Legions, to tear down the Unholy Trinity.”

“Today, I have come on this Feast Day, to show you the Greatness of God and His Divine Plan. I have brought the Three Wise Kings, to show the world how men must be before the Divine Majesty. These great humble Kings I have brought today, as they have bestowed Three Great Gifts to the Church.”

“You have knelt in front of Me, your Loving King, with three persons whom you know, but as yet the world will not know until I come in My Great Triumph. This will remain a Mystery. Tell them, the Kings have handed them the Three Gifts which were handed to Me at My Birth. These souls will help you in your Mission. I Bless them as I Bless you: In the Name of the Father and of the Son and of the Holy Ghost. Amen.”

“To the people of Australia: Now you have the Chastisement that you have received by the many great fires in your land, but it is not finished yet, because more fires are coming to warn the people of Australia to change the Law that destroys the children that are and will be aborted, because if you do not, then many more Great Chastisements will follow [in] your land. This is a warning to you. I am the God of Mercy, but I will not accept the abolition of God’s children, because this is the work of the Evil One, who wishes to destroy you. If you do this, I will Bless you in abundance. Pray, dear children of Australia, because time is running out and Greater Chastisements will come to you.”

“Save My Holy Shrine at Cambewarra, because by doing this your Nation will be Blessed abundantly.”

“Today I have come to Bless Japan that is deep in darkness. Soon I will send to you My Envoy, the Little White Rock, to revitalize the people. Pray that he will be able to come very soon, as I will Bless your people, because another Tsunami will hit your land, very soon, as I wish to reach all of My children.”

“To the people of Germany: Your cross will be heavy, as the terrorists are planning a deluge upon your land. It was for this reason so many people come into your land to bring disunity, but you will overcome this – but prayers are needed. Your son, the White Rock, will visit your land very soon, to revitalize the faith once again, to prepare yourselves, because the Antichrist wishes to rule in your nation, but you must resist him – and with Our son, the White Rock, you can achieve this.”

“Pray the Rosary, dear children, because it is through this prayer that victory will be given. I Love you and send to you Three Major Blessings: In the Name of the Father and of the Son and of the Holy Ghost. Amen.” (three times)

“To the people of the U.S.A.: You must pray for your country and your President, as plans are in the making to remove him. If they do not succeed in impeaching him, the enemies of God will send an assassin to do the job. My children, the impeachment is a fallacy and false accusation on the President. Those who are trying to do this, will be removed from Office, as mankind is in great darkness and wish to destroy all that is good. Pray, dear children, because soon you will be at war once again and it will bring much fatality. Pray for America, because Chastisements will fall. Pray for your President, dear children.”

“Many Chastisements will fall upon the Nations of the world, as it prepares [for] the arrival of the Antichrist. Pray for Lent, dear children, because Lent this year will bring many calamities.”

“I Love you, sweet children, and send to you many Blessings. Remember to pray especially for Argentina and Chile and Mexico and Spain, because they will be chastised. I Love you – and remember the Three Kings, because they have been chosen to give souls plentitude of Graces, as they hold the key to Eternal Gifts for mankind.”

“I will speak to you now son. I Bless you, My Loving Son: In the Name of the Father and of the Son and of the Holy Ghost. Amen.”

LITTLE GRAIN: I was adoring Christ present in the Sacred Host and then everything disappeared, as I was watching and waiting for the Holy Chalice Offering by the Priest.

Everything disappeared and I was walking in a field and many farmers were following me. I stopped in the middle somewhere and I told the people to pray. Some said that they did not know how. We knelt down and I said I would pray for them.

ETERNAL FATHER: “I hear the cry of My children!”

LITTLE GRAIN: He placed His Sceptre to the Earth and suddenly there was a gully in the middle of the field and a little water appeared. The deep gully, or tunnel, began to strickle water and then it began increasing until there was a lot of water.

ETERNAL FATHER: “Their crops will be abundant even in spite of the fires. I have lifted the Chastisement a little, but My children continue to pray. I Bless you, My little one and all of My people on Earth: In the Name of the father and of the Son land of the Holy Ghost. Amen.”

LITTLE GRAIN: After Mass I began another Rosary and continued to pray after everyone had gone. After two Rosaries I was told to come up front to the altar rails, then I saw my sign. The Eternal Father showed me the Shoalhaven river; on the other side the fires were raging in about five different spots. He then used His Sceptre on each of the spots and the fires became smoke and then disappeared.

This happened at each spot – one after another. The Eternal Father was happy with the prayers and to remind all His children to have faith in His Almighty Power: In the Name of the Father and of the Son and of the Holy Ghost. Amen.